6 most bizarre things found in storage units around the world 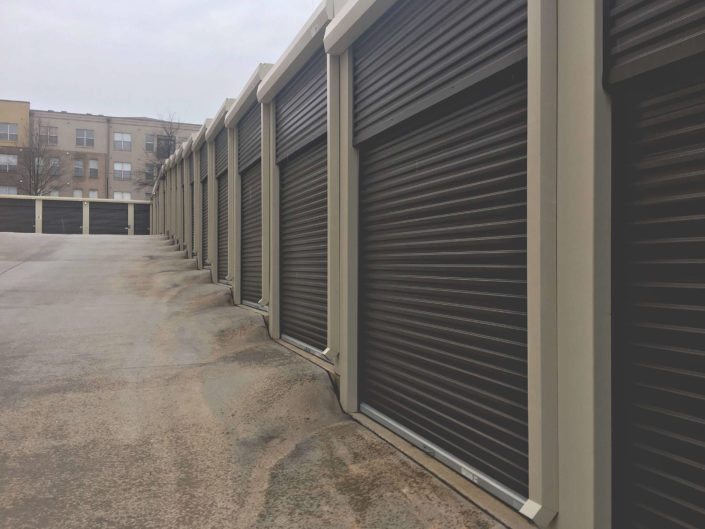 When someone mentions a storage unit, there are several things that come to mind immediately. Storage Wars, old appliances, furniture and a place to rehearse for a crappy garage band. However, not everyone is so normal, and some use their storage units for some truly strange things.

From the weird to the wacky (and sometimes just plain bizarre), here are six truly unique ways people have used their storage units.

1. Not your regular kind of barbeque

Imagine you are planning to BBQ some sausages for your mates, you pull your grill out of storage for the summer, and then things go sideways. That’s what happened to Shannon Whisnant when a meat smoker was found in a storage unit he purchased. Imagine the shock when he found a human leg in it!

Further investigation revealed that the former owner of the unit, John Wood, lost his leg in a plane crash, and thought of storing it till he saved up enough to have it re-attached. The story doesn’t end there. Shannon went ahead and started charging people a small fee to take a look at it. John didn’t like that one bit and took him to court. The episode ended with the court ordering Shannon to return the leg to John for $5,000.

Ever wanted to start things over with a fresh new identity and life? Brandon Michael from Denver very nearly got his wish when he bought an abandoned storage unit. Instead of things he could quickly sell to make some money, he stumbled upon bags and bags of passports, social security numbers, and hospital records. He soon made more discoveries, from drug paraphernalia and illegal pills to the printer that was used to make the counterfeit documents. Everything was finally traced to a Dawn Philbin, who had stolen all the information from a local hospital because management had fired her. A truly strange way to exact revenge indeed.

This has to be the coolest of all the weird and wacky things that have been found in storage units. Back in 1989, a man bought a unit for $100, and after cutting open the lock found a futuristic submarine car inside. It was in great condition too, with an immaculate shiny white paint job. The only things missing were the wheels. It turned out to be one of the eight submarine-cars used in the James Bond movie, “The Spy Who Loved Me”. Seven out of the eight in the movie had been found, while the eighth had remained elusive until then. The car was later bought by Elon Musk for around $997,000. As far as finding bizarre treasures go, this definitely comes close.

4. Ashes to ashes, dust to dust

By now you should be getting an idea as to how weird the contents of an abandoned storage unit can get. Having attended storage unit auctions for nearly 20 years, Bill Smith thought he had seen everything. Right until he found 27 urns filled with human ashes in Nevada. Apparently, the unit’s previous owner was a court-appointed guardian who made legal and financial decisions for pensioners. Instead of contacting the families after their death, she would just stash them into the storage unit, clean out their bank accounts, and leave just over a couple of hundred dollars.

5. Not just your regular meth lab

Steve and Ken Bohannon stumbled upon an abandoned meth lab that would put even Walter White to shame. After purchasing a storage unit in Rancho Cordova for just $80, they were jumping in their jandals with excitement. All that turned to naught as they stumbled upon containers that were labelled “danger” and “poison”. When they peeked around, they saw everything from pipes and beakers, to bunsen burners. Things were so hazardous that a hazmat team had to be called in to safely dismantle everything. To top everything off, a 20-litre vat was also found that was chocka with meth, which had to be destroyed.

While finding pets and unusual items such as an inflatable gorilla (yes – it has happened) in a storage unit can be unnerving, nothing can prepare you for discovering actual dead—or alive—animals. Some of the weirdest ones were found by Tammie Lockwood (a storage unit salesperson) that included a tank of petrified fish, dried husks of dead iguanas, tarantulas that survived by eating each other, and a python that had lain dormant for who knows how long but was still alive.

Be normal, use your storage unit for furniture and old clothes

People are strange, and their storage units reflect that. If you are wanting storage in Auckland, it’s highly unlikely your container-neighbour will be storing live tarantulas or disembodied limbs. But, you never know.